Beautiful Sunday afternoon trip to the Peace Arch Park in US-Canada border was great. It was warm,sunny, and a little breezy day. I had a hard time taking pictures because of where the sun is shining, but I still managed to take some good ones. My little boy was tired at the end of the day, running, walking, and playing around the park, but he enjoyed it very much. This was our first time at the park, although we passed through it before but didn't stop when we went to Vancouver, British Columbia. I'm so glad we did check the park out. It's a great place to take the whole family.

Google didn't give a good map to where we should go park our vehicle. At first we thought we had to go to the border custom but we didn't have to and we figure it out and here is the easiest way to get there.
From Bellingham, Washington, use I-5 north, take the last exit before the US Border Custom in Blaine, Exit 276. After you exit, there will be a roundabout but just keep going straight to 2nd St. at the end of that is a big parking lot. You will need a park pass for your vehicle, but you can purchase it there if you don't have one yet. It is pretty cheap, around $30 or something for the whole year and you can use your pass to any State Park in Washington.

This Peace Arch Monument stands one foot anchored in American soil and the other one in Canadian. The park consist of Peace Arch State Park in US and Peace Arch Provincial Park in Canada. 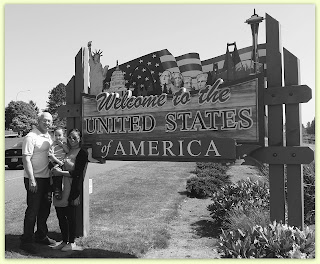 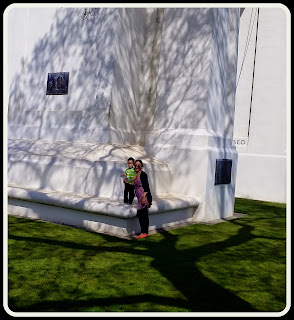 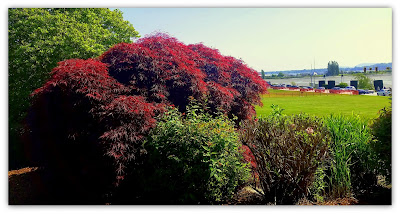 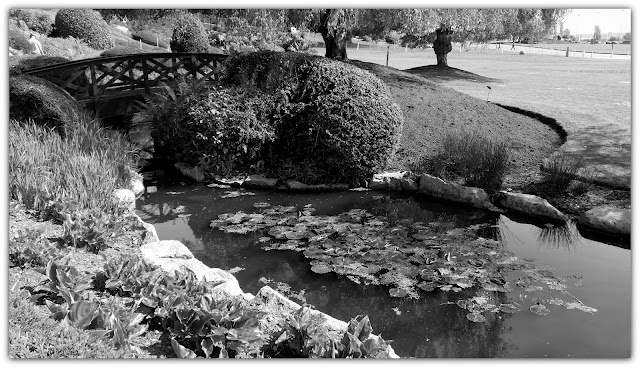 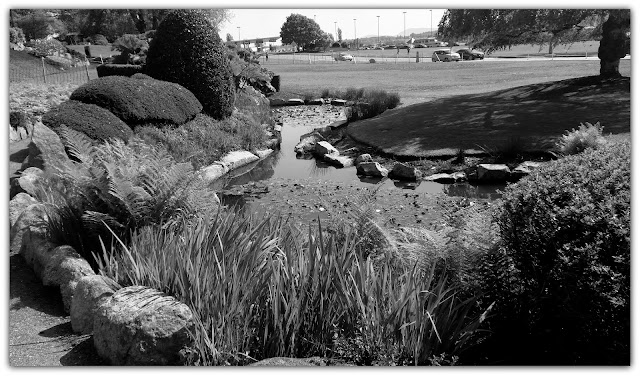 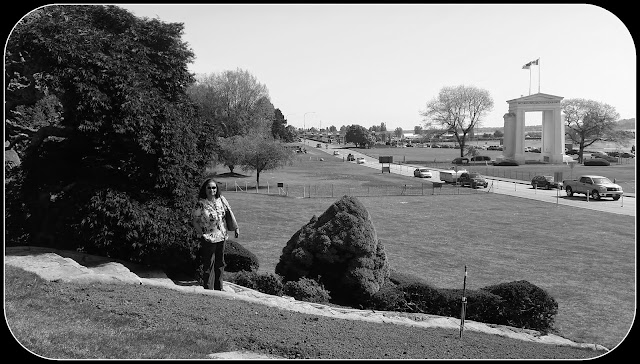 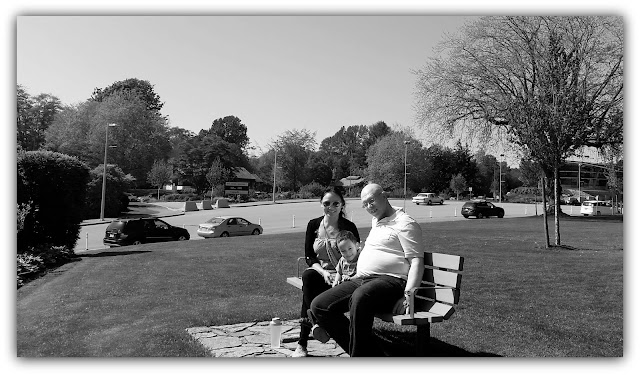 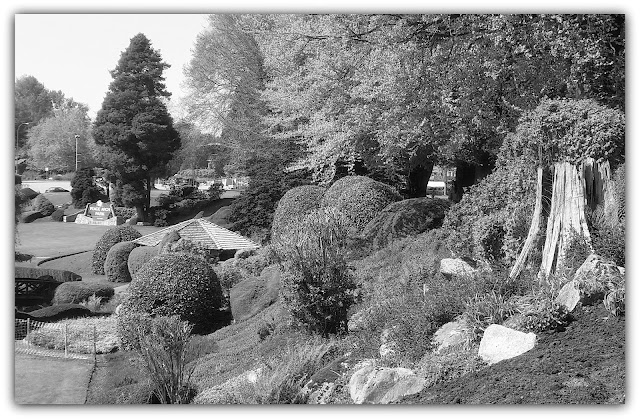 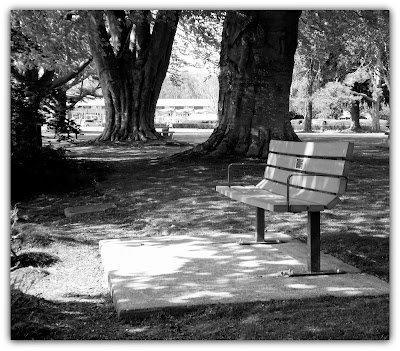 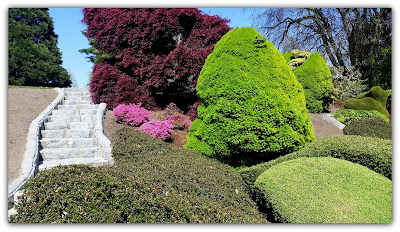 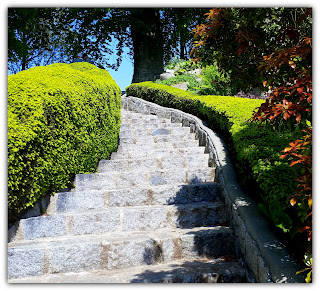 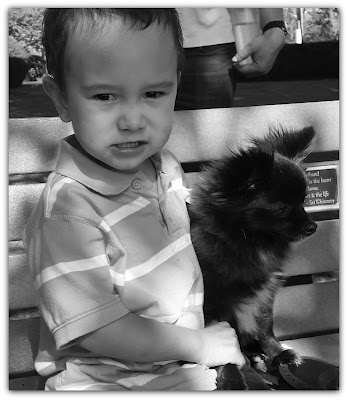 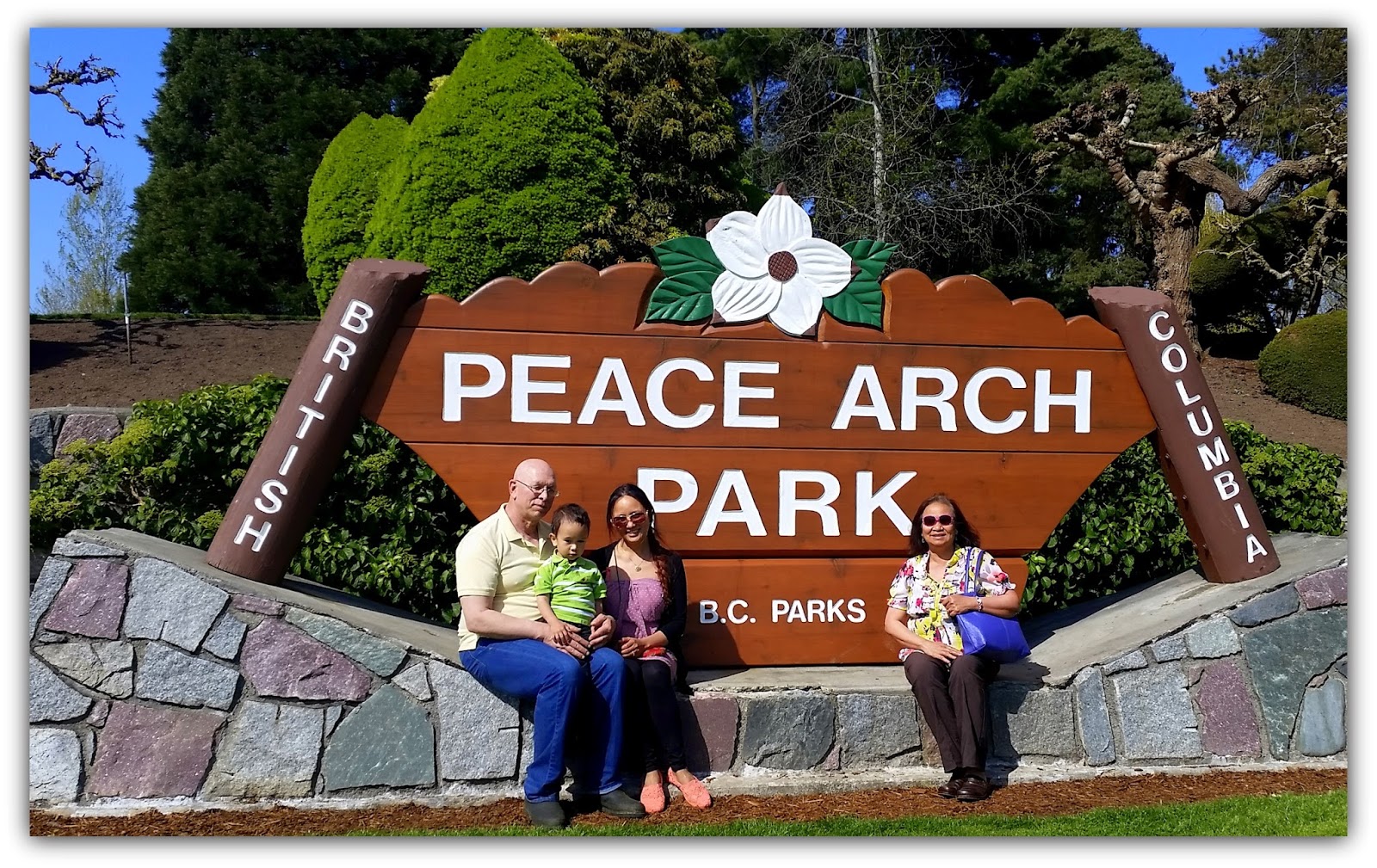 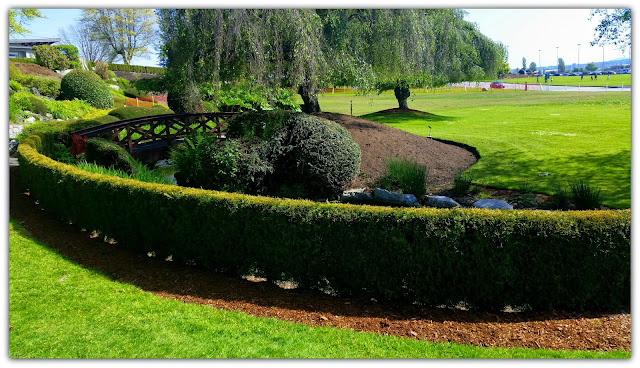 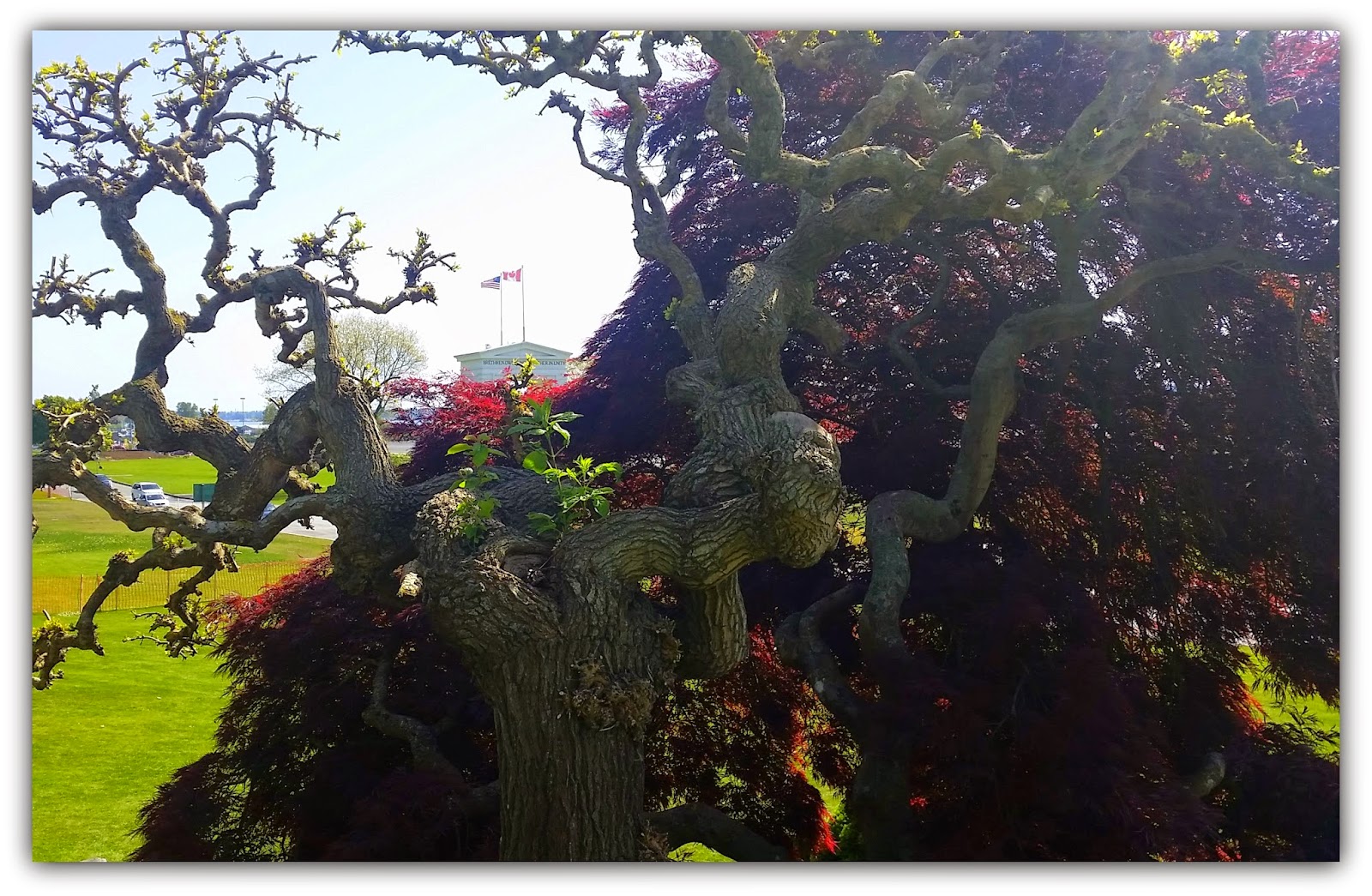 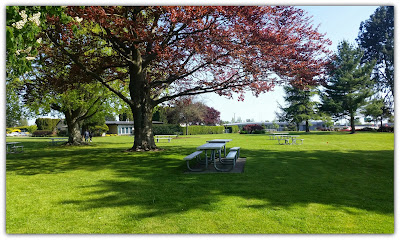 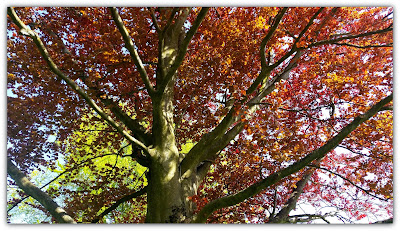 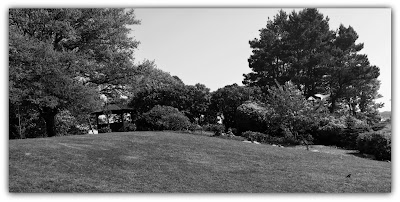 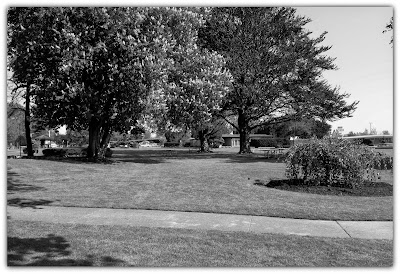 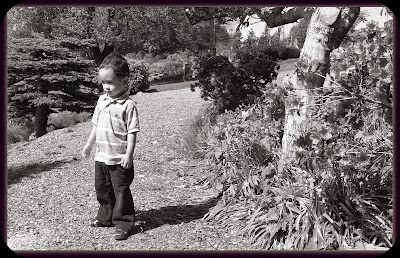 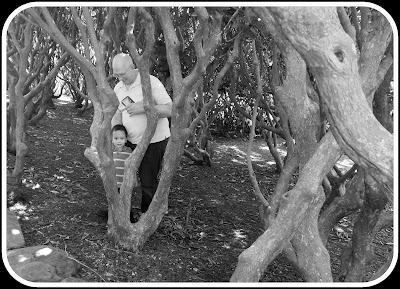 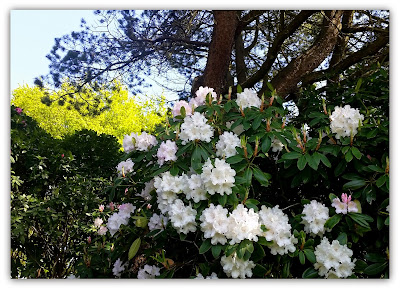 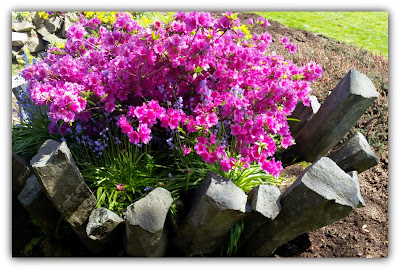 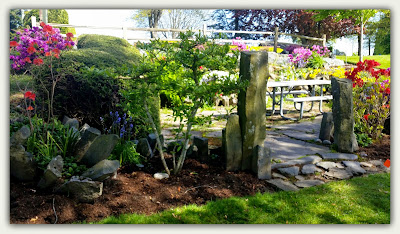 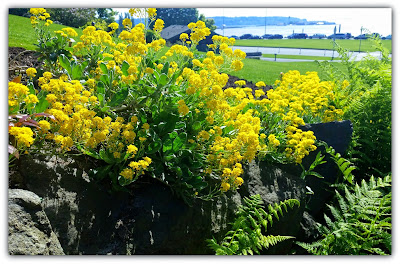 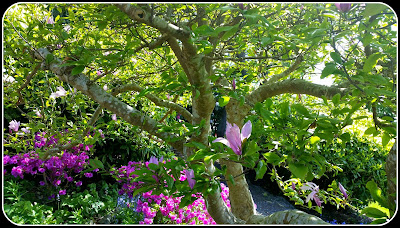 Both the State park and the Provincial park has the giant rhubarb that are not edible. 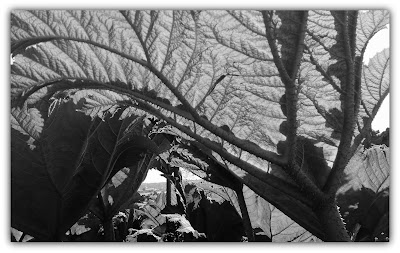 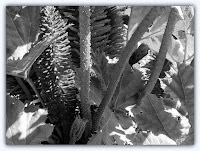 Here's a little history about the International Peace Arch that I grabbed from www.peacearchpark.org

The Peace Arch stands on the international boundary between Blaine, Washington, and Douglas, British Columbia. The Arch was constructed to commemorate the centennial (1814-1914) of the signing of the Treaty of Ghent on December 24, 1814. The Treaty of Ghent ended the war of 1812 between the United States and Great Britain, a conflict that was waged in North America and involved Canadians, as well as Americans and British.

Standing 67 feet high, the Peace Arch is made of concrete and reinforced steel. Its foundation consists of 76 fourteen inch pilings driven 25-30 feet into the earth. The Arch was said to be one of the first structures in North America constructed to be earthquake proof.

Today, the international park's picturesque gardens are the home of over 200 perennials and 55,000 annuals that are planted each year. The park hosts ethnic and family gatherings, picnics, weddings, civic events and annual events of international significance.

Over 500,000 visitors tour this international historic site annually. The International Peace Arch is one of the few landmarks in the world listed on the National Historic Registries of two different countries.

The history of the Peace Arch reflects more than our past; its existence gives meaning to our present. As the world moves into the twenty-first century the
Peace Arch is a beacon of hope for our future.


Here is a short video of our little trip to the park.