Snowboard and downhill Ski in Fairbanks

We have a long winter season but our season for snowboarding and skiing relies on how much snowfall we get and if the temperature don't go down -20°F below zero.  Skiing and Snowboarding season can be very short. We normally don't get a lot of snow until after new year and usually January and February are usually the coldest months. Middle of March is when the snowboarding and skiing season is pretty much done.

Moose Mountain Ski and Snowboard Resort is about 14 miles away from downtown Fairbanks. I really like this resort, aside of having nice trails, they also use school buses as their primary lift system. I have a fear of getting on and off chairlift but mostly getting off, I always fall to the ground. This resort is also only open on the weekend.
Ski Land Resort  is 20 miles away from town on Steese highway. I always love the drive up there especially few more miles down the hill is where the Chatanika Lodge where dredge burger is served. In Ski Land,  their season start in December and ends in April but only on Saturday and Sunday and weather dependent as well. 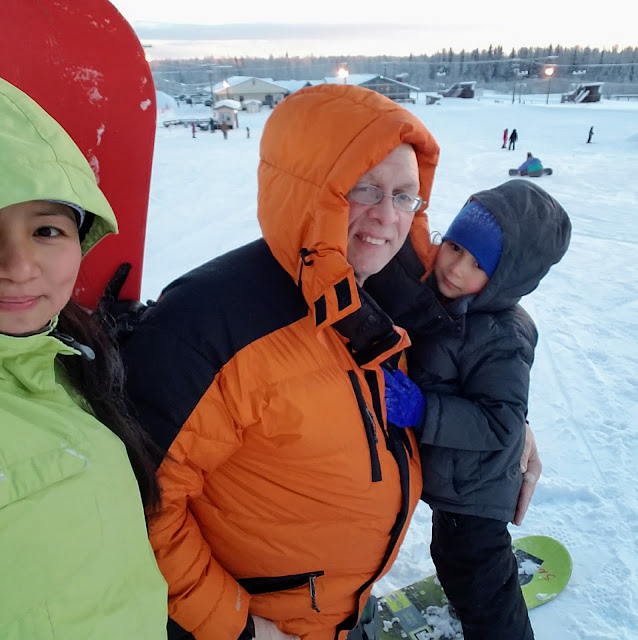 This was in Birch Hill Ski Resort. Alan was learning to snowboard and he was really good at it. 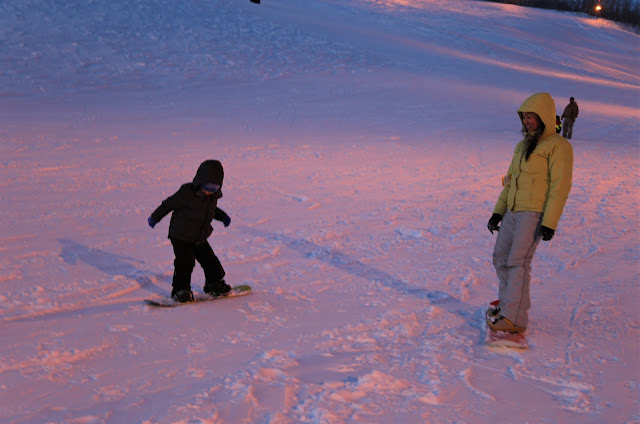 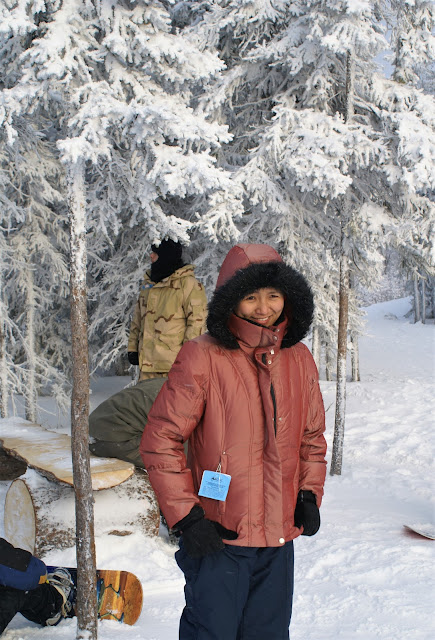 This was at Moose Mountain Ski and Snowboard Resort. 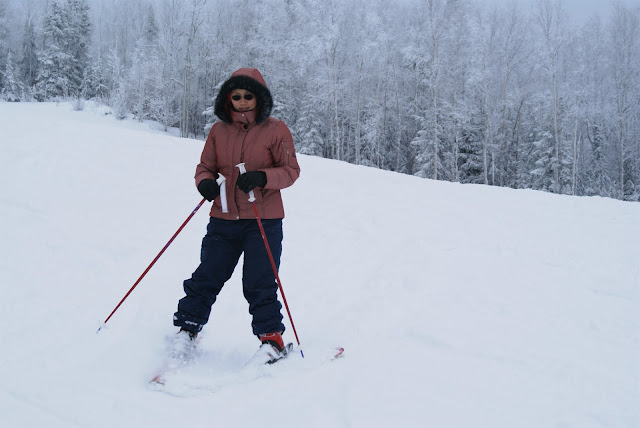 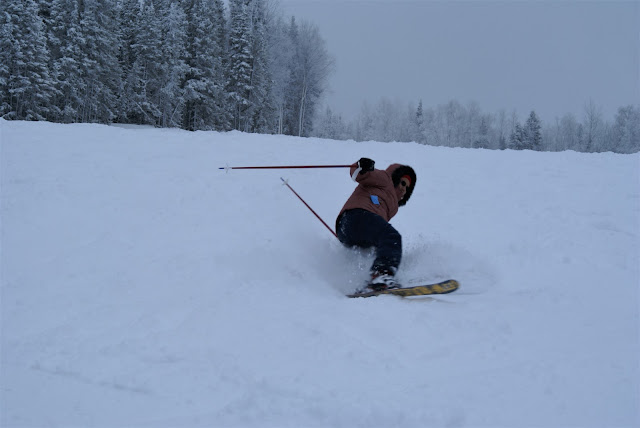 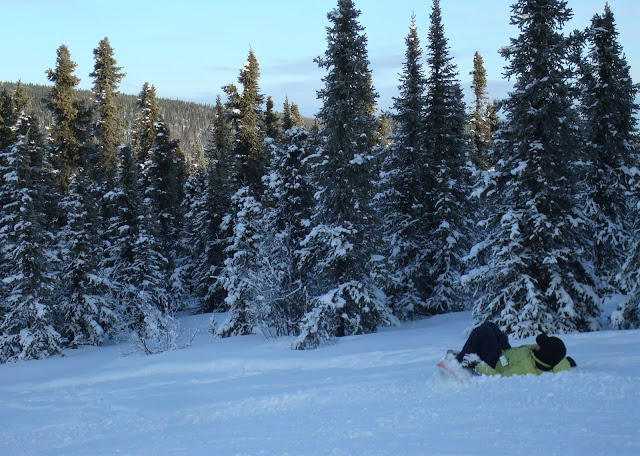 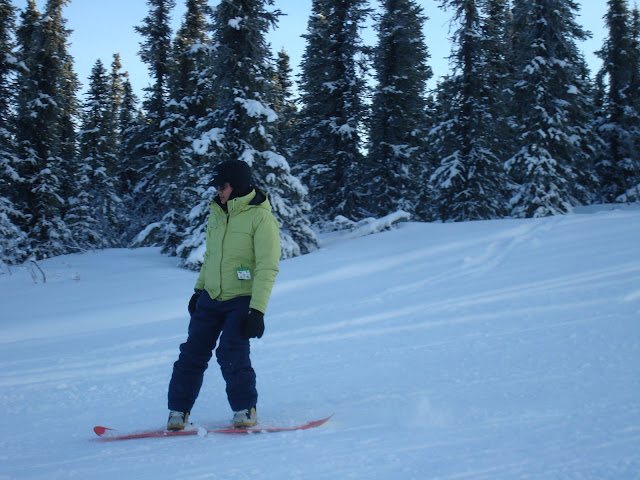 I was itching to go snowboarding in February and March this year but could not go because of my recent surgery.