It was Thursday night when my 2 friends and I decided to make a trip down to Chitina on Friday after work. We contacted the fishing charter (AK eXpeditions, LLC) and paid over the phone for Saturday morning scheduled for 6:00am to 12 noon. Since it was a weekend, we paid $340 each and that's not including the tip.

Friday afternoon after work, the three of us gathered our stuff, snacks, and got a cooler full of ice from Alaska's Premium Ice in Aurora (907-451-4423), it was a lot cheaper than bags of ice in the stores. We left my place around 7:15pm. My friend borrowed her husbands truck and she chose to drove it all the way down to Chitina and back up to Fairbanks. It was a long 311 mile drive from Fairbanks and tiring especially after a long day at work. Even though I wasn't driving, I had stay up to keep my friends awake especially that was in August it gets dark going south. We saw lots of rabbits and several moose on the road. I'm glad we didn't hit any of them.

We arrived in Chitina around 1:00 am and proceeded to the other side of the bridge. It was a dark and bit cold but we managed to nap for maybe couple hours. We met up the charter crews before 6 and and got us ready. We were on the boat at exactly 6am and ready to go head down the river.

It was a fully guided and outfitted charter which made it easy for us and not scary considering that fishing in Chitina copper river is dangerous. Our guide who also the boat driver was knowledgeable and very friendly. When we arrived at the fishing hole, it was already 630 am, it took 30 minutes to get down there. He placed the three of us on where we would be on the boat, I was in the front, and my two friends were on each side of the boat. After that He then demonstrated the techniques on how to dip net for salmon in Copper river while in the boat.

We started floating down the river, and as soon as we placed our net down, we instantly caught salmon. It was fun catching two salmon at a time and trying to get them in the boat. The first couple hours was great, we got there on time for the salmon run. Then it went slow. We went up and down the river but catching none or maybe one. We also moved to a different spot, which we also caught some fish but it was a little harder to hold our net due to the river current. We then decided to moved back to where we were and kept fishing. We caught few more fish but the run was so slow.

It was around 1030 am or so when our guide told us that it's time for us to head back, we are done fishing. We didn't get our limit but we had quite a few. I only kept 20 though since I didn't catch as much salmon as my two friends but since there's no way for us to find out how many fish each us really caught, we had to divide it between the 3 of us. There was two big coolers on the boat and all our fish was thrown in there. I guess that's how the charter does it, whoever was with you on the boat, you have to split it with them.

When we arrived at the bridge it was already 11:20. It took more time to come back up river than going down. The charter crews then helped us moved our fish to our coolers. We gave them tips, then we changed our clothes, gathered our stuff, and drive back to Fairbanks. It was an exciting but also an exhausting fishing trip. This overnight drive to Chitina for fishing is not unusual though, in fact a lot of people from Fairbanks do this overnight drive. This drive also known as suicide drive. I guess they'll take whatever chance they get to catch their Cooper river red salmon and kings for the season.

On our way back we stopped at least three times, one with blueberry picking, the other was we took a nap, then of course we stopped in Delta for ice cream (Buffalo Center Drive-In). When we arrived in Fairbanks it was already passed 8pm.

I'll probably not going to do this again. But if I do, I would at least spend a night or two in the campground. 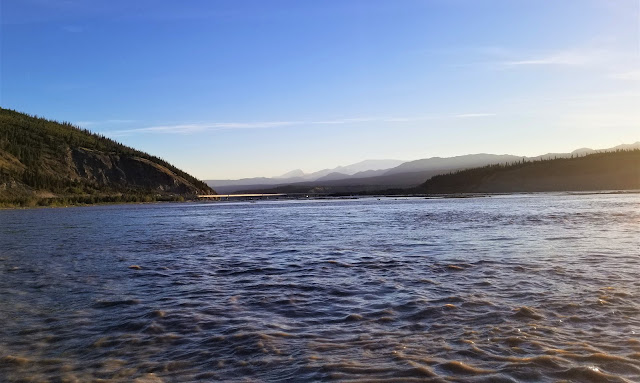 Here's a video going down the canyon. Please press play to watch and enjoy! 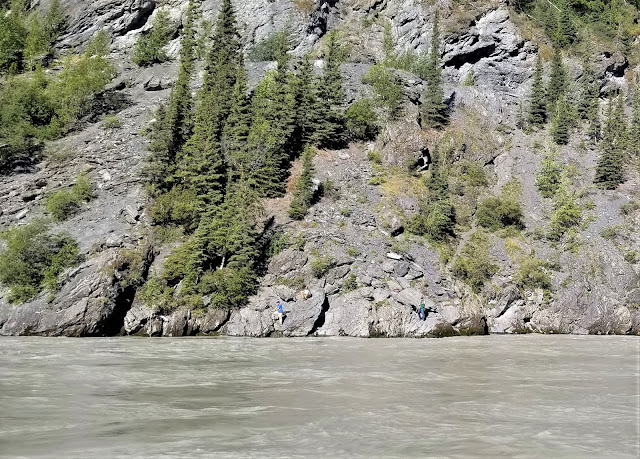 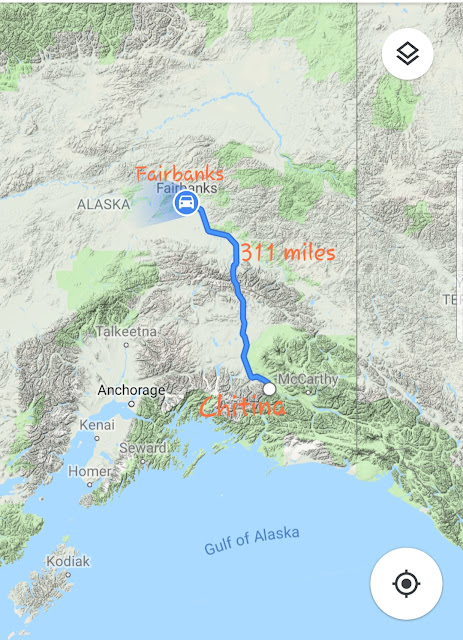