I thought I was crazy doing that, but when I search online, I found out that I wasn't the only one who did pair them together. In fact, seaweed snacks are becoming more and more popular here in the US. To find out more about it +Alison Spiegel wrote an article about How Seaweed Became a Mainstream Snack in American. 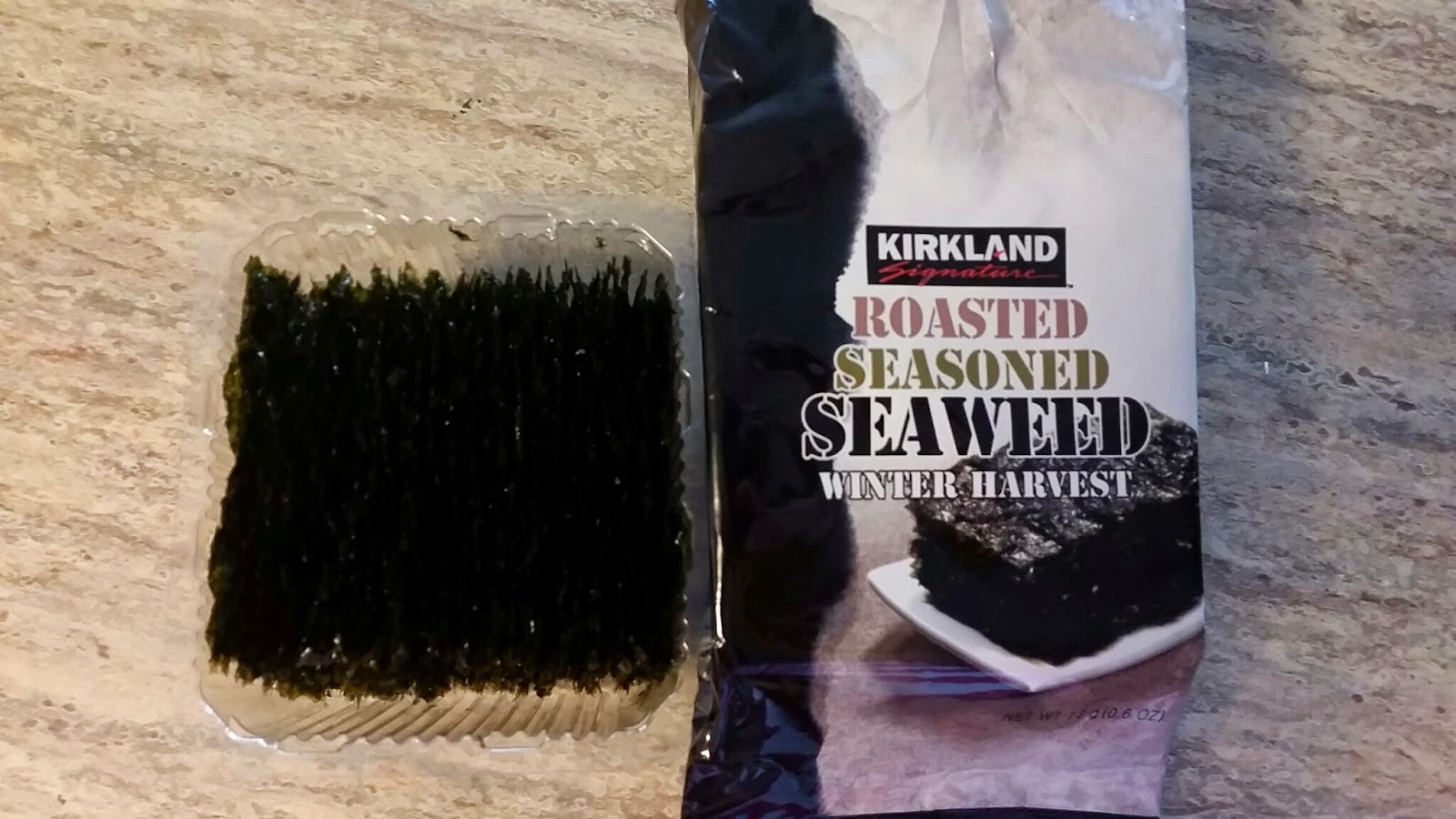 Anyway, both strawberries and seaweed snack were bought from Costco. And talking about +Costco, they sell in bulk. So I had so much strawberries that my family and I could eat in a day or two. So here is what I did to the rest. I place some paper towel at the bottom of a container, arrange the strawberries in single layer, cover tight the container and put them in the fridge. The strawberries will stay fresh for a week. I'll only wash them just before I eat them, otherwise they'll turn bad quick. 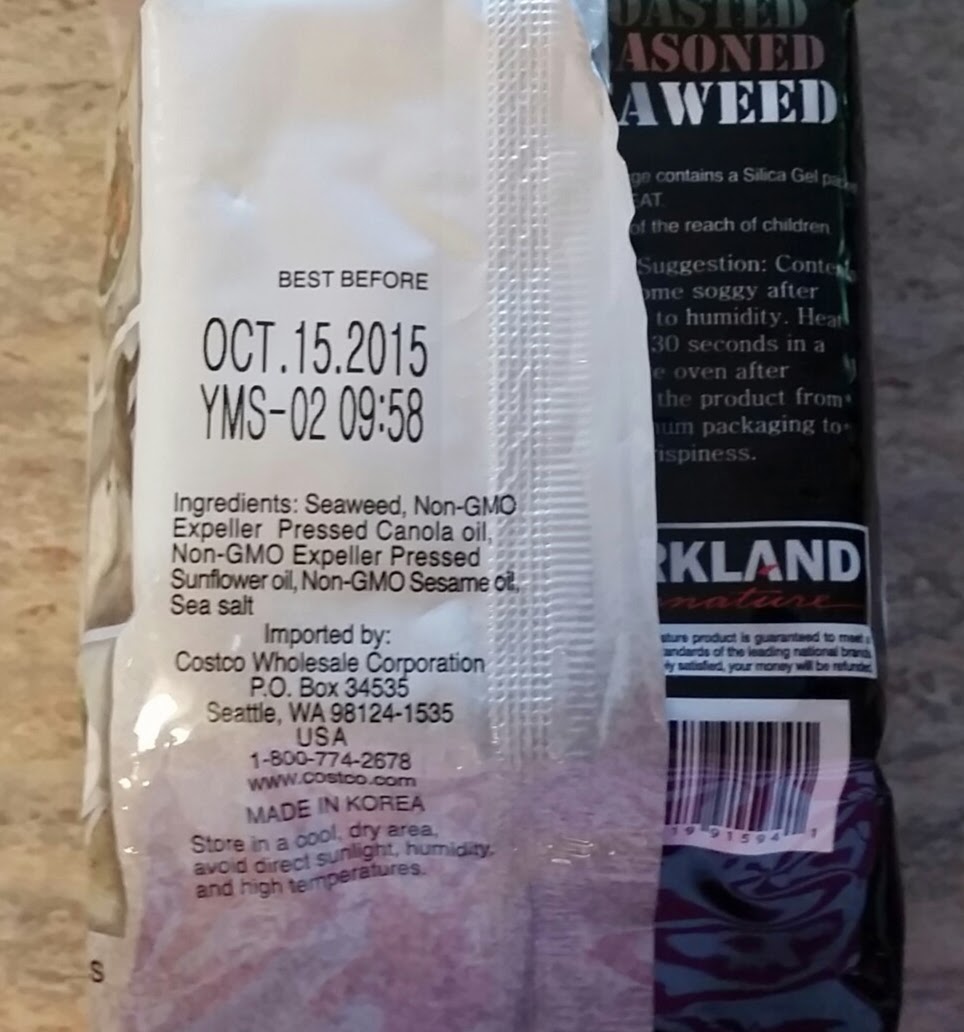 The roasted seasoned seaweed snack is non-GMO which is great! It's Kirkland brand imported from Korea by +Costco Wholesale Corp. in Seattle, Washington. A case has 10 packages and only $7.99. It's a cheap snack to have in the kitchen. It is addictive, if I start eating it, it's hard to stop. That is why I had to wait for my husband before opening one so I won't be eating the whole package by myself.  The only thing I don't like about this is the sodium content 50 mg per serving. I package is 5 servings, so that's about 250mg of sodium, 100 calories, 7.5g fat, 5g total carbohydrate, and 5g protein per package. The ingredients are Seaweed, Non-GMO expleller pressed canola oil, sunflower oil, Non-GMO sesame oil, sea salt. It's a great little snack or even added to a meal.

Thanks for stopping by
Be good
Be kind
and
Have Fun!

Thank you for visiting my website. Enjoy reading my blogs and please don't forget to subscribe. Take care and stay safe!